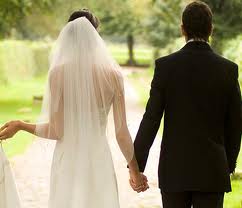 I had the misfortune of watching the inaugural episode of Bridalplasty on E!. As part of my Sunday evening-let’s-pretend-we-don’t-have-to-work-tomorrow-or-ever routine, I like to lie flat on the couch and indulge in bad reality TV (my favorites are a tie between the Teen Mom marathons and the Keeping Up With the Kardashians marathons). After the Kardashians marathon ended, Bridalplasty aired.  I had seen promos for the show and had been appalled by them. Twelve women competing for their dream wedding and dream plastic surgery procedure? No, thank you. Bridezillas are bad enough as it is without an elimination competition.

However, as is the case when a person witnesses a terrible accident, I just couldn’t turn away. I wanted to see what motivated these women to want to be on such a terrible-sounding television show.  It was almost sad how desperate these women were to get their ” dream” weddings and dream plastic surgery procedures. As if getting a tummy tuck is the only way to secure wedded bliss. These women were so shallow that they were crying hysterically at the prospect of being eliminated.  I can’t imagine anyone that would actually want to marry someone who is so concerned with getting the “perfect” wedding and “perfect” body.  A wedding is only one day of a (hopefully) very long married life.  These women should be focusing on their marriages and not their wedding days.  Even worse is the fact that the majority of these women are actually pretty skinny and don’t appear to need any cosmetic surgery.  They just don’t seem comfortable in their own skin.

What I want to know is, whatever happened to good old-fashioned diet and exercise? Remember when that was an effective way to lose weight and get the body you always wanted? If you’re a size 10 and looking to fit in a size 4 wedding dress, you’re going to need to hit the gym hard and lay off the buckets of fried chicken.  Plastic surgery is not the way to go.

I probably won’t watch any more episodes of Bridalplasty for the simple fact that watching the previews for the rest of the season made me want to throw my television out the window. I’d like to keep my television in tact.

2 thoughts on “Bridalplasty: Worst Show Ever?”