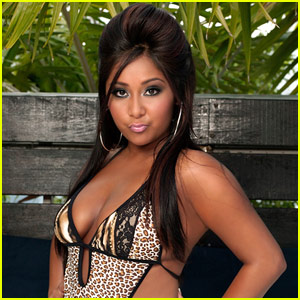 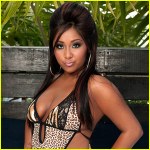 If Snooki can write and publish a novel, then there is absolutely no excuse for the rest of us not to write that one good novel that we all have burning inside of us.  I said it before when reality TV star Lauren Conrad wrote and published a novel series and now I will say it again. If Snooki can write a novel and get it published, then we all can.

For those of you who have never heard of Snooki, I commend you. That means that you use your time wisely and don’t get sucked into watching reality TV or reading celebrity gossip magazines.  Snooki made her fame (or I should say infamy) as a star on MTV’s Jersey Shore. There, she became a household name with her shenanigans, her tan, her love of pickles, and most importantly, her pouf.

Maybe the news of the Snooki’s first book is the swift kick in the rear that I need as a writer.  It has always been a goal of mine to have a novel (or several) published and if Snooki can do it, why I can’t I?  Sure, I haven’t made international (tabloid) headlines with my role on a hit reality TV show and I haven’t been arrested for public drunkenness, but I like to think I can write well enough to craft a novel that at least a few people would want to read.  I have been an active writer since I was four.  I won several scary story contests in the local paper when I was in elementary school.  I even studied Creative Writing in college. Doesn’t any of that count for something?!

With the news of more and more celebrities publishing novels, I have come to realize that writing skill does not necessarily translate in to publication. It seems that to be published, you just need to know the right people.  If you know the right people you can get published without being a good writer. If you’re famous enough, the right people will even contact you and ask you to write your novel.  So if I want to get published as a writer, maybe I should focus my energies on making a viral YouTube video instead?  Then maybe publishers will come knocking on my door, begging me to write a novel.  No, I suppose if I want to get my work published, I’ll have to do it the old-fashioned way: hard work, dedication, and the ability to deal gracefully with rejection letters.

5 thoughts on “If Snooki Can Write and Publish a Novel, Then We All Can. No, Seriously.”