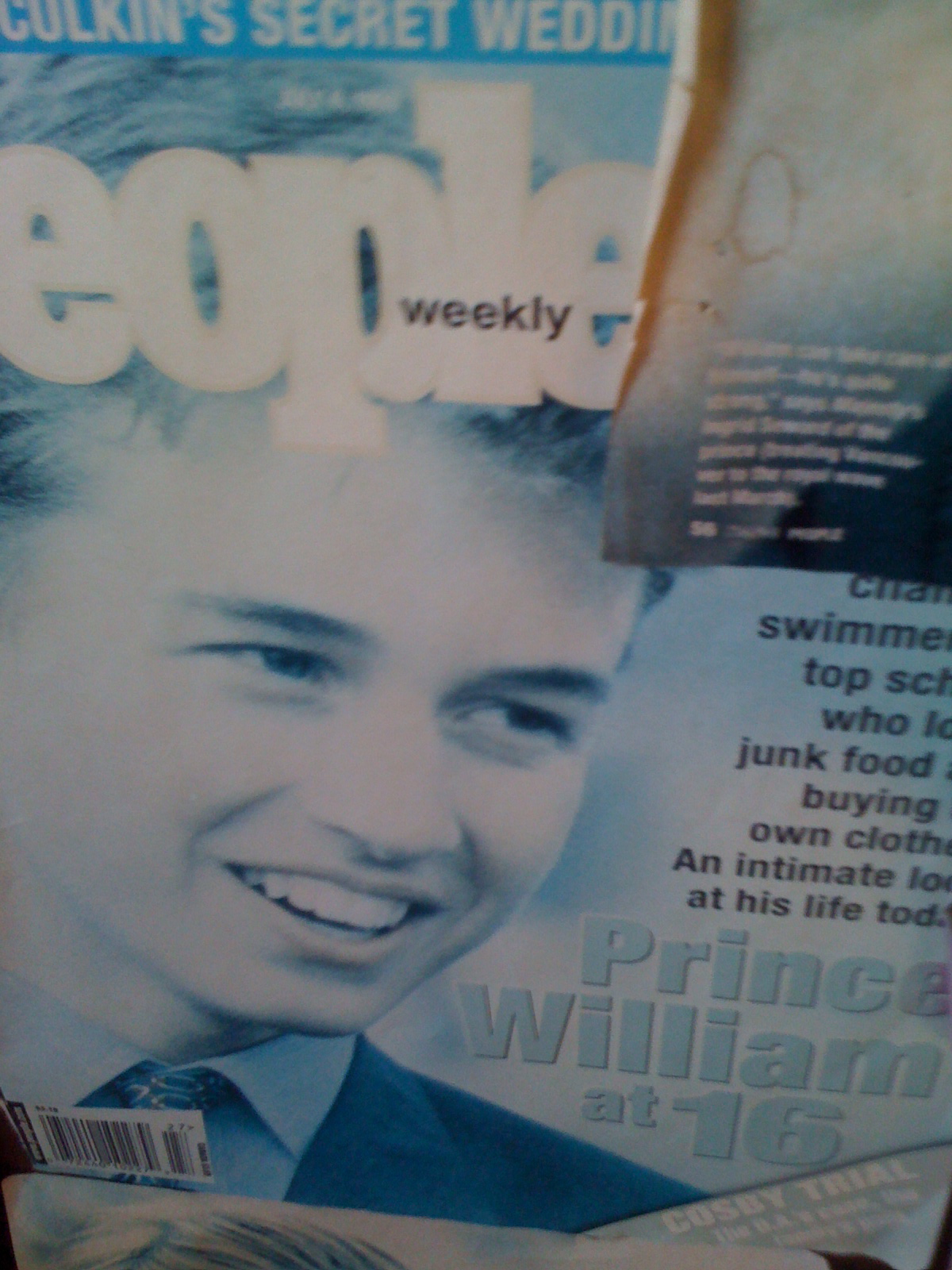 Everyone that knew me well in my early high school days knew that Prince William was my first and most major celebrity crush. If you can remember back to how girls were at that age, you might remember that having a crush was serious stuff. Us adolescent girls were devoted to our crushes and we did not keep our devotions a secret. At our lunch table, my girlfriends and I gabbed about our latest crushes, both celebrity and non-celebrity, over peanut butter sandwiches and cookies. Prince William was the object of my affection and naturally I talked about my crush all of the time. Did you see Prince William on the cover of YM? I love him. I can’t wait to join the Royal Family one day.  I even talked about this crush to the school newspaper. For a symposium published around the time of the Homecoming dance, I was asked, “Who would you most like to take to the school dance and why?” I answered:

Forget about sounding self-centered and shallow, I wanted the world to know that I intended to become the next Princess of Wales. I had a serious crush here!

Then, of course, as my crush on Prince William grew, so did the collection of pictures of him plastered around my room. I devoted one closet door in my bedroom to a Prince William collage, which I adorned with magazine and newspaper cutouts and printed pictures from the Internet. (I had to stop printing color pictures from the Internet after I was reprimanded for using up too much ink in the family printer). Take a look:

The nice thing about having a well-known celebrity crush is that your friends start to pick up on the fact and then they give you pictures they’d saved from their teen magazines and newspapers. They might even buy you posters of your crush or copies of magazines featuring a story on your crush. My sister was kind enough to give me a Prince William poster as a Christmas present. Naturally, I hung the poster above my bed: 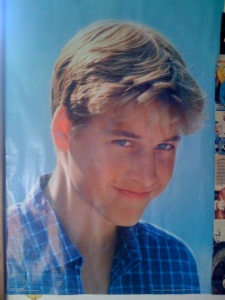 Along with verbal devotion and pictorial shrines, there was of course written devotion to the crush. I wrote unabashedly about my love for Prince William in my diary. I even scrawled Sonja + Prince William on the inside front cover. (Other names had to be crossed out for that.) See for yourself: 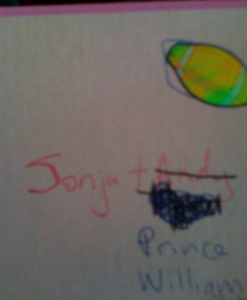 Of course, crushes don’t last forever and eventually, even I outgrew my crush on Prince William. I moved on from the celebrity crush phase and scoped out the boys sitting next to me in my classes. Magazine cutouts were replaced by photographs on my bedroom wall. I let go of my desire to become the next Princess of Wales and focused instead on joining as many extracurriculars that my schedule would permit.

I never thought about Prince William again until last year, when Prince William and longtime girlfriend Kate Middleton, announced their engagement. I couldn’t help but think about myself as a fourteen year-old girl. My fourteen year-old self would have been devastated by this news. I probably would have ripped down my Prince William collage in a fit of anger. What do you mean MY crush is getting married?!  Thinking about that version of myself made me smile. There is something wonderful about having a teenage crush. The feelings of having a crush at fourteen can never be replicated. There is an innocence in believing that you can have strong feelings for someone you’ve never met and that simply having strong feelings is enough to give you a chance with a total stranger like Prince William. Once you’re older and realize how silly that idea is, there’s no way to return to that innocence.

Or is there? Enter Prince William’s wedding day. I woke up at 4:15 in the morning and watched Prince William’s wedding ceremony live. I put on a dress and a fancy hat and headed over to the local British pub for a viewing party. I wanted to watch the wedding as a nod to my fourteen year-old self and the faded collage that still covers one closet door in my childhood bedroom.  In that brief moment of watching the ceremony, I returned to that innocence of being a fourteen year-old girl with a crush. It was the perfect epilogue to a much earlier chapter in my life.