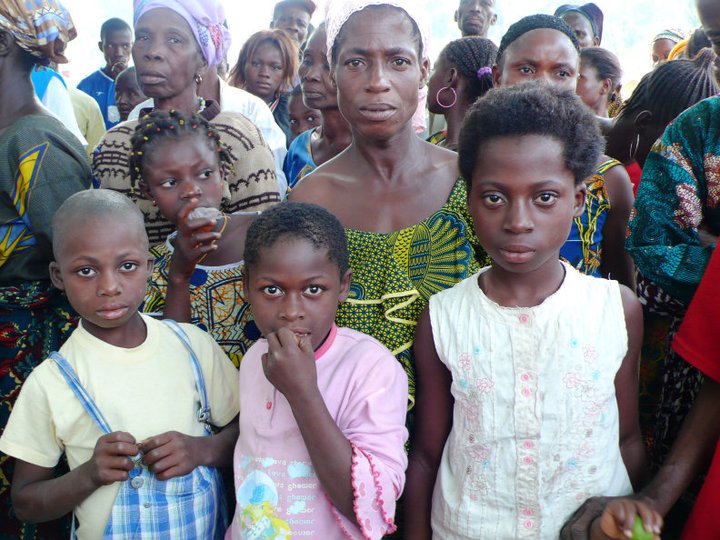 The camp population is still growing, topping 17,000- a small city. Day starts early, with a long trip along the brackish marshland, through whitewashed villages, to the border,  and then all day in the sun and wind,  thousands of  anxious, tired, hungry, people desperate to go home or, in some cases,  anywhere else.  Hearing the stories of those coming out of Libya, the depth and sheer brutality of the racial  discrimination there,  even more than the violence, makes you angry at the regime. One Eritrean could not even bring himself to speak of the humiliation he had experienced. –Andrew Purvis, UNHCR worker, “Diary from the Field: Excerpts from Tunisia.“

A few weeks ago, I was particularly struck by this particular post on Spin Sucks: “Get Your Blue Key In Support of World Refugee Day.” This post shed light on the Blue Key campaign which supports the 43 million refugees around the world and the workers at the UNHCR (United Nations High Commission for Refugees) who support them. For $5, you get a blue key to show solidarity for refugees and those who care for them.

Upon reading this post, I immediately thought, there’s absolutely no reason why I shouldn’t do this. I can certainly spare $5 to show my support of the world’s most vulnerable population. It’s the least I can do. As much as I may gripe about what I like to call “first world problems,” I can’t even begin to imagine what it would be like to be forced from my home and then subjected to unthinkable violence. There is simply no comparison in our own experiences to the experiences of refugees.

Who are the world’s refugees? (Facts courtesy of the UNHCR.)

What Can I Do To Help?

Thank you for your help in spreading the word about this great cause and helping the blue key campaign reach its goal of distributing 6,000 keys by World Refugee Day on June 20th.

2 thoughts on “Support Refugees Worldwide, Get a Blue Key”